One Bullet From Paradise 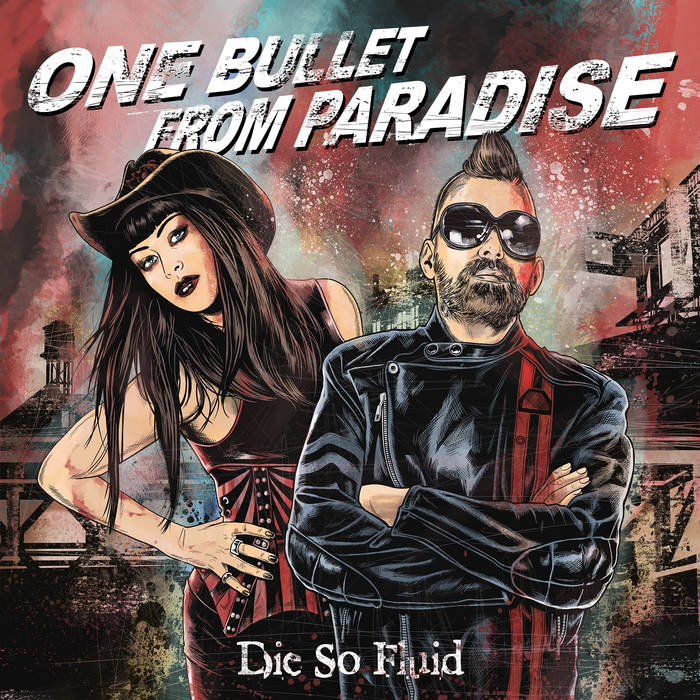 eddie I've loved everything that Grog has been involved in. Even the spice girls :-/

We started writing ‘One Bullet From Paradise’ at the end of 2015 with the intention of putting together a more instant, impactful and fun album than our previous release ‘The Opposites of Light’. But, although the music has remained uptempo, the lyrical content and themes got progressively darker as life threw us one curveball after another. This swelling of storm clouds started amid our 2014 US tour, when our record company evaporated along with our tour support. That was followed by the, still unsolved, disappearance of our long-time manager. Both these events were made to seem trivial with the death of founder member, drummer and friend Al Fletcher in July 2016. Al had not yet had a chance to contribute anything to the recordings other than to listen to the demos and offer encouragement. He died the week he was supposed to start recording drums.

After a period of reflection Grog and Drew decided to continue and finish the album and by September 2016 we had enlisted drummer Justin Bennett (Skinny Puppy, Thrill Kill Kult) not just to record drums but to mix some of the songs too. The resulting work marks the band’s responsive shift into a more resolute and tenacious phase. Kali Yuga is upon us- the early stages of the Age of Darkness described in the Sanskrit scriptures. An age characterised by spiritual degeneration, rulers who become a danger to the world, loss of morality and the rise of ultra materialism, disrespect, violence and avarice. ‘Ego’ is running riot. And, on a more superficial note, I can’t help feeling that we have shifted into a new rock paradigm - post Bowie, post Prince and post Lemmy!

Our processing of all this is undoubtedly reflected in what we’ve written. Also represented though is that we have a choice as individuals - we can serve to intensify the gloom, or spread more light. And in that vein I think we managed to preserve that original intent and create the uplifting album we wanted that harkens back to the more visceral moments of our recorded past. Another echo from the band’s origins is the decision to work with Dan Schaffer, writer and artist of Dogwitch and Killdarlings, who has created comic book versions of the band members reminiscent of the band’s debut album artwork by Vania Zouravliov.

For the first time in Die So Fluid’s history the album was tracked by the musicians completely separately - bass and vocals in Los Angeles, guitars in London and drums in Bologna. Mixing was done by Drew in England and Justin in Italy. The title track questions the dogma that has been warped into a tool to embolden soldiers. It was inspired by an essay from a journalist embedded in the wars with Daesh.